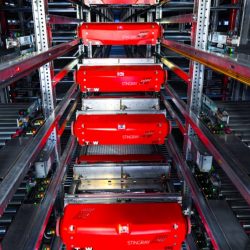 “Contract” means any contract between the Customer and the Publisher or Hachette UK Distribution (as agent of the Publisher) for the sale and purchase of Goods;

“Customer” means the person who places an order for Goods with either the Publisher or Hachette UK Distribution and, in respect of delivery of Goods, includes the person to whom Goods are to be delivered in accordance with the Customer’s instructions;

“Goods” means any goods to be purchased by the Customer and to be supplied by Hachette UK Distribution as agent of the Publisher;

“Losses” in respect of any matter, event or circumstance includes all demands, claims, actions, proceedings, damages, payments, losses, costs, expenses or other liabilities;

“Private Individuals” means any Customer who is a natural person purchasing Goods as a consumer as defined by the Consumer Rights Act 2015;

“Trade Customer” means any Customer who is not a Private Individual.

(a) Audio cassettes, compact discs and bibles cannot be returned and will not be accepted.

1. Hachette UK Distribution does not make or give any warranty, representation or undertaking as to the quality of the Goods, their correspondence with description or fitness for purpose, that the Goods are not defamatory, injurious, obscene, unlawful or in breach of copyright or in any other manner whatsoeve
2. Hachette UK Distribution shall not be liable to the Customer for any claim (whether arising in contract, tort (including negligence), breach of statutory duty, misrepresentation or otherwise) under or in connection with these Conditions for:

(a) any loss of profit, revenue, anticipated savings, business or contract; and

(b) any special, indirect or consequential loss.

I. INSPECTION COPIES AND APPROVALS

1. All communications relating to this Agreement shall be in writing and delivered by hand or sent by post, facsimile or electronic mail:

(b) in the case of communications to the Customer, to the registered office or such other address set out in any document forming part of the Contract or as notified to Hachette UK Distribution by the Customer.

(a) the other party is unable to pay its debts as they fall due for the purposes of section 123 of the Insolvency Act 1986 (“Act”), suspends making payments on any of its debts or, by reason of actual or anticipated financial difficulties, commences negotiations with one or more of its creditors with a view to rescheduling any of its indebtedness

(b) the value of the other party’s assets is less than its liabilities (taking into account contingent and prospective liabilities) for the purposes of section 123 of the Act;

(c) the other party ceases, or threatens to cease, to carry on business;

(ii) a composition, assignment or arrangement with any creditor; or

Hachette UK Distribution may terminate the business relationship set out in these Conditions by immediate notice to the Customer if: (1) the Customer commits a material breach of any term of this agreement which breach is irremediable or (if such breach is remediable) fails to remedy that breach to Hachette UK Distribution’s satisfaction within a period of ten (10) days after being notified to do so.

3. Without prejudice to Hachette UK Distribution’s rights and remedies under this Agreement, the Publisher may enforce the provisions of these Conditions pursuant to the Contracts (Rights of Third Parties) Act 1999 provided that:

(i) these Conditions may be varied from time to time or rescinded without the consent of the Publisher; and

4. The Customer shall not be entitled to assign or transfer any of its rights or purport to assign any of its obligations under these Conditions without the prior written consent of Hachette UK Distribution.
5. Hachette UK Distribution shall have the right to cancel or delay deliveries or performance or to reduce the quantity of Goods delivered and shall under no circumstances be responsible for failure or delay in performing or fulfilling any relevant Contract or otherwise failing to implement its obligations to the Customer if such failure or delay shall be due to any cause or circumstance beyond the control of Hachette UK Distribution. Such cause or circumstance shall include, but shall not be limited to, fire, flood, riot, terrorism, strike, freight embargoes or transportation delays, shortage of labour, inability to procure or secure fuel, material, supplies or power at current prices or on account of shortages thereof, acts of God or of a public enemy, or any existing or future laws or acts of H.M. Government or the government of any other state or territory (including specifically but not exclusively any orders, rules or regulations issued by any official or agency of H.M. Government or of any other such government) affecting the conduct of Hachette UK Distribution’s business with which Hachette UK Distribution, in its judgement and discretion, deems it advisable to comply as a legal duty. Subject to the foregoing the occurrence of such circumstances or events will not operate so as to affect or suspend any other rights or obligations of either party hereunder.
The Customer acknowledges and agrees that the Contract and any business, operational, financial or sensitive information disclosed to the Customer pursuant to the Contract or these Conditions is confidential and shall not disclose such confidential information to any third party without Hachette UK Distribution’s prior written consent.
The termination of the agreement constituted by these Conditions shall not affect any rights or obligations of the parties arising prior to such termination.
8. If all or any provision in these Conditions shall be or become illegal, invalid or unenforceable in any respect, then the remainder of such provision and/or all other provisions shall remain valid and enforceable and the remaining liabilities of the parties shall not be affected or impaired.
9. No delay in exercising or non-exercise of any right, power or remedy provided by law or under these Conditions shall Impair or otherwise operate as a waiver or release of that right, power or remedy. Any single or partial exercise of any right, power or remedy provided by law or under these Conditions shall not preclude any other or further exercise of that right or the exercise of any other right, power or remedy.
10. These Conditions shall be governed by and construed in accordance with the laws of England and all disputes shall be submitted to the exclusive jurisdiction of the English courts.